Looking For Some Classic British TV To Watch? 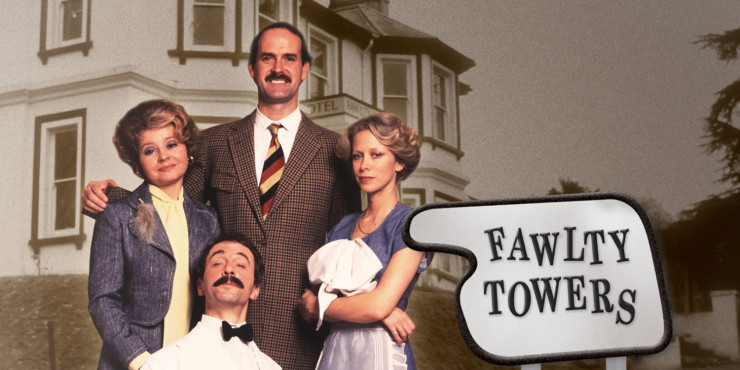 Look no further than Fawlty Towers…

Straight out of the 1970’s, and from the comedic genius, John Cleese, who also brought us “Monty Python” and “The Life of Brian”, comes Fawlty Towers. It has since become a cult classic, despite it’s short run of only 12, 20 minute episodes, which first aired on the BBC.

The show follows the life of Mr Fawlty, played by John Cleese, who is the misanthropic owner of a little hotel in Newquay. He despises his guests, is irritated by his wife, and is lead to exasperation by his Spanish waiter/concierge, who barely speaks any English. All this leads to some very amusing situations, which poor Basil tries to do his best to come out on top of; unfortunately for him he never really succeeds.

All of the episodes can be found on youtube, so go and check it out!

Here is a clip of Basil giving Manuel an English lesson:

For some other great British TV series, check out this article here:
http://www.complex.com/pop-culture/2014/05/british-tv-shows-you-should-be-watching/